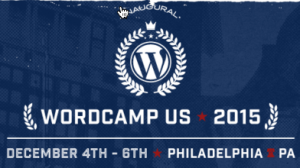 December 4-6, 2015 many WordPress developers, users and fans gathered in Philadelphia for the first ever WordCamp US. WordCamps, the name for WordPress conferences, are traditionally regional events held across the world to bring together those who use and love the WordPress software. From absolute beginners to those who have built large portions of the underlying code, WordCamps are a place for anyone who loves WordPress.

Video Notes from My Highlights from WordCamp US

Seeing the State of the Word live, getting to speak at this wonderful event, and being a part of everything that made up WordCamp US, was absolutely wonderful. There were also several takeaways that I brought back home to impact my work going forward.

My biggest takeaways were learning more about Accessibility. I attended sessions on accessibility and was able to sit with an accessibility specialist. My biggest Ah Ha was that I’ve been missing several things to improve my sites’ accessibility, and I’ll be improving these moving forward.

I always make sure to create quality Alt text, but my sites don’t always work with keyboard tabs for people who don’t use the mouse, and I had some problems with my markup for readers. I will be updating my sites in the future and documenting those changes along the way.

Questions from the Blab

This video session was filmed using Blab.im. The sidebar discussions and questions don’t appear in the replay, so I have added them here.

What could WordPress beginners gain from attending WordCamp?

Aside from connecting with the community, WordCamps have support areas known as Happiness bars. Anyone can go here to get help and support on WordPress. At WordCamp Orlando, I sat in the bar and helped a woman understand how to use a WordPress site that had been dumped on her. Between my help and the help of several others, she felt like she had received thousands of dollars worth of support.

Who should participate in WordCamps?

Anyone who is learning WordPress and needs information, uses WordPress and wants to develop their skills, wants to connect with others in the field, or wants to give back should attend a WordCamp.

How easy was it to approach speakers at WordCamp US?

Rarely will you find a more friendly and engaging group of speakers than at a WordCamp. Most speakers attend other sessions and are available in the hallways during networking times. This is a time to meet people that you will connect with over time, not just for the few days of the conference.

Is WordCamp US is the right place for building collaborations?

All WordCamps are the right place to build connections and collaborate with like-minded people. From developers to business owners, there are connections to be made at WordCamp. Because it is the largest WordCamp, so far, WordCamp US may present more of these opportunities than other camps. Having said that, I have made beautiful relationships and what are becoming life-long friendships at WordCamps of all sizes.

WordCamp San Franscisco had become the largest regional WordCamp. Although the WordPress software is completely free, open source software, its co-founder Matt Mullenweg is CEO of Automattic, the company that runs WordPress.com and other WordPress related software like VaultPress, a backup solution. Consequently, San Francisco and Automattic are often considered the home of WordPress. It was originally at the San Francisco WordCamps that Matt Mullenweg delivered the State of the Word Address each year detailing exciting events and milestones for WordPress over the past year and explaining what the future holds.

In 2014 it was announced that WordCamp US would be formed WordCamp and that the State of the Word would be held at this event. Organizers were able to apply to host WordCamp US in their city and Philadelphia was chosen for the inaugural location. Each city will host for 2 years.

As the biggest WordCamp yet, WordCamp US had 1801 on-site attendees and over 700 others watching via live stream.

State of the Word

December 5, 2015 was named Official WordPress Day in Philadelphia, and the mayor kicked off the State of the Word meeting proclaiming the day as WordPress Day.

Matt Mullenweg’s State of the Word included key points about the current state of WordPress and a glimpse into the future. Some of these points include:

A new book: Milestones: The Story of WordPress is released in December 2015 documenting the story of the development of WordPress. Like WordPress, this book is a work in progress.

All themes and plugins now support language packs. This helps translate WordPress across the globe.

Over 25% of websites now run WordPress. As Matt said, that leaves only 75% to go.

Along with the highlights of WordPress as a whole, developers were challenged to learn Javascript, as it is becoming a key language in the front end of WordPress delivery.

And finally, running your website as a Secure Site using SSL is becoming more important. The Let’s Encrypt secure server authority is looking to make this available to everyone. https://letsencrypt.org/

The complete State of the Word address and other sessions from WordCamp US can be found on WordPress.tv. 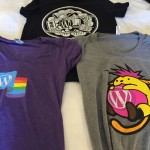 Of course, WordPress swag is one of the most fun things at a WordCamp. From the 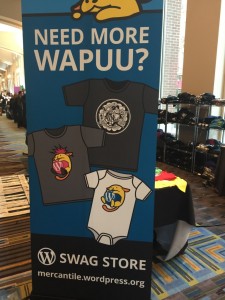 official WordCamp shirt you get when you attend, to vendor swag, and a swag table to purchase any number of shirts, hoodies, and even onesies for baby WordPress fans, there is swag galore. I went a bit overboard at the swag table, and should have plenty of WordPress shirts to wear for awhile.

WordCamp US was great, and I look forward to attending my next WordCamp. If a WordCamp is available in your area, I recommend attending and hope to see you there. 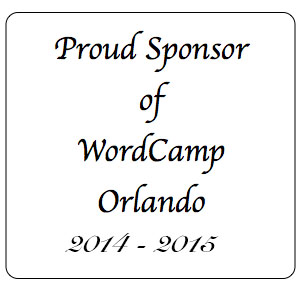 Some of the links on this site are Affiliate Links, and if you purchase using them, we receive a commission. We only recommend products that we LOVE and that we think will be relevant to our audience. We either use these products personally, or have helped clients implement them on their sites.

KS Training and Consulting, owner of https://whiteglovewebtraining.com is concerned about our customers' privacy. We use cookies to help your browsing experience and if you optin to an email or make a purchase, we collect data that you give us. We never see or keep credit card numbers in that we use PayPal and Stripe as our payment providers. For more information, view our complete Privacy Policy at https://whiteglovewebtraining.com/white-glove-web-training-privacy-policy/
Necessary Always Enabled
Necessary cookies are absolutely essential for the website to function properly. This category only includes cookies that ensures basic functionalities and security features of the website. These cookies do not store any personal information.
Non-necessary
Any cookies that may not be particularly necessary for the website to function and is used specifically to collect user personal data via analytics, ads, other embedded contents are termed as non-necessary cookies. It is mandatory to procure user consent prior to running these cookies on your website.
SAVE & ACCEPT
Rethink Listeners Free Planning Guide